I tried to explain, I understand that you’re not listening
Is that the way its meant to be?
It’s meant to be heard and not from a far
Don’t you understand, I’m explaining myself?
Are you lost, why so close?
Don’t approach, I’m not asking you to

You try to touch, but I’m not asking you to
Look at you going around in circles
That’s an accident waiting to happen
What happens if your door slams you in your face?
Will others see what just happened?

I tell you to stand, but yet you fall
Look at you now, do you see what just occurred?
It was a lesson, it was designed that way
You put it forward, but you start walking backwards
What’s actually going on, could you see?

It’s nothing about you, but yet you’re eager to point the finger
At what; at nothing
Cuz there’s nothing to look forward to
It’s not for your eyes
It’s only to be seen when it’s introduced in the right society

I’m waving my hands and I touch your back
You twitch like a freak, are you one?
You say you want to go on a holiday
To you, it’s walking to the store
Never mind what you heard today
Cuz tomorrow, it’s a brighter day

You have to be seen, I forgot you’re blind to it all
Are you wearing your hearing aids?
Is the fool walking that way?
I just remembered the way is not found
Cuz the door, it’s gonna slam before you approach

Look around, all the flowers are blooming
What an exciting week, but yet it’s raining
That looks so entertaining, but yet I’m bored
I’m left hitch-hiking, my mind is clear
Cuz my left thumb, it’s actually pointing right

You are mistaken, you don’t even know what the true story that we talk about
Is it foolish that you talk with your tongue?
You soul left behind with no direction
Will it return, will it be on it’s best behaviour?
I doubt it, cuz the fright broke through and put up a fight
The coast is clear, but why so many?

I was told it was empty, why are you there?
Being it doesn’t mean you’re caught
It means that you got to follow direction so your mind continues
Where am I heading, I won’t tell you nothing
Read it again, it might just answer you
Cuz it’s everything about you, that’s ok
Cuz I wondered if that was going to work

Failing, I have nothing to do with that
Losing the battle, it depends on your faith
When you play golf, is there a fumble?
All I hear, is love you all, for there you go
Where did that bird go?
He fell into some trouble
He fell into the hole and got approached by the law
I told him many times to stand still
You think he would have listened, but yet the screams got louder

What a show, it’s not playing here tonight
I must have missed it and how did this happen?
I left my glasses at home
That’s the reason a new life formed
Cuz a new beginning is staring right at the end
What a waste, that was quick enough
Next time I’ll stop and really smell that flower
Or should I pass it by?

How could I with no direction?
So are you listening what I’m trying to say?
A man gets heard when they’re spoken to returns
Now there’s something to say cuz something is nothing
The moon is not yet to be approached

Did it happen, I really don’t think so
Is black a color, is white far behind?
Lies are told through us all
Is that right, will it continue?
I know what you’re thinking
You’re thinking crazy and that’s ok with me
Cuz being smart, there’s no sense of it today

Lost in a world full of anger, there it begins
Is it nearby, will it end?
What a fool, it’s just begun
Can’t you see, your eye is looking beyond that you can see, but yet so close
Birds have wings, but yet do they follow?

They go up high, but it looks like a tumble
Crows blackened the sky, many forms they turn into
A sad song is heard
I just turn around and laugh and leave my tears behind
Listen up, it’s easy to relax here today
I understand that you’re all stressed out today
Is that the way you follow?

I see my soul, I ask him, do you understand?
Doing that I can fall into a box
Please come back so that hole doesn’t grow
Being all alone now, it’s not for me today
Parents we call, for do they listen to their children?
Cuz all I hear them say is what do you want, I have nothing for you, do it yourself, l like to be left alone
I like to be heard, so go to bed and don’t bother me
Because I’m getting told when you’re 19 that you’ll walk you’re own way
So hurry up and reach, for what, the stars

So you’re telling me my dreams are washed away?
Is it true, it sounds like its false cuz I’m disappointed
Cuz I was looking forward that was left behind for me once more
Why did you take it or did you have a license for it
The ticket was great, the meal was not filling

Enjoyment turned around and gave me the finger
Really, I’m #1, am I important?
I don’t think so cuz I gave you a show
Cuz the middle finger points where to go
You’re being for real
You’re actually counting cards but yet you’re cooking a bird
Yet you say heaven has got a personal problem

Hells door opens before the Golden gate appears
This can’t be heaven, I got fooled today
That damn devil, he plays the guitar with a lot of lies
The songs are ending, will you return?
I’ll never will see you or understand what you lead me to
I’m saying goodbye, I’m laying my head
I promise you this, I’ll never speak of this again

This site uses Akismet to reduce spam. Learn how your comment data is processed.

Our World in Pictures 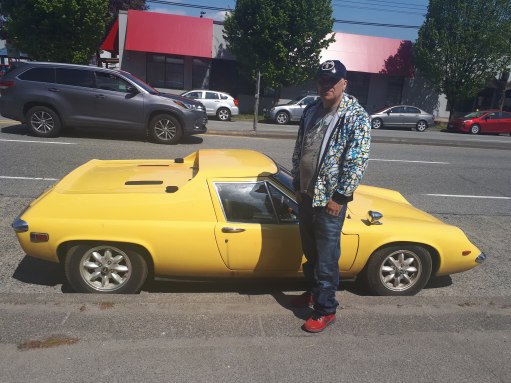 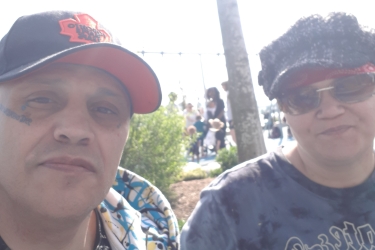 An amazing day with my girls